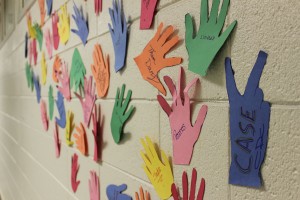 By: Caitlin Cornett
This past week Senior, Cheyenna Phelps held an anti-discrimination week as part of her senior project in order to help unify Brevard High School. For each day of the week students were asked to dress up to show support for that specific discrimination.
Phelps stated that this project was inspired by her struggles as a multi-racial female and the stereotypes she has had to face in her life. Phelps went on to say, “We live in a time and a place where people aren’t always accepting of others and I really think that’s something that needs to be brought to the attention of the students at BHS.”
Senior Savannah McBee also participated in the anti-discrimination week. She stated that she participated because she too has endured many stereotypes throughout her life. McBee stated, “I am part of a program called Rise and Shine and we do so many anti racism trainings to try and unify everybody.”
Several students participated in each day taking advantage of the opportunity to show support. From girls wearing blue and guys wearing pink to wearing clothes from a different cultures, overall the anti-discrimination week helped to unify the High School and bring the student body closer together by breaking barriers and bringing a common understanding of differences.