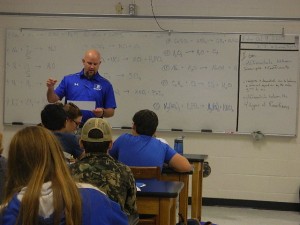 by Morgan Nutt Shane Worley has lived in Brevard almost his whole life: he went to high school and... 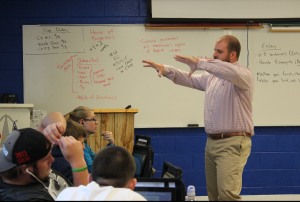 by Taylor Williams Even though Jonathan Owen is new to Brevard High School, he is thought of by teachers... 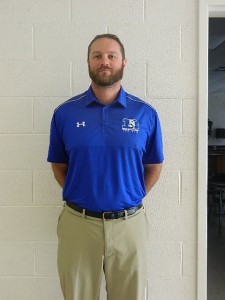 by Garland Joseph Brandon Snarey is a triple threat. He a science teacher, a football coach and a... 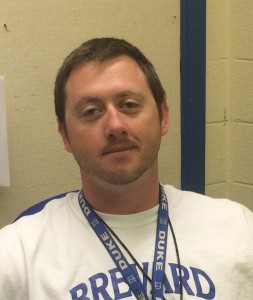 by Aly Henneberry John Stokes is the new boys’ PE coach, girls’ weightlifting coach and defensive coordinator for the... 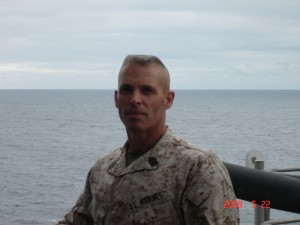 by Hollis Presnell Sergeant Major Thomas Hall is a military instructor for the new JROTC program. He previously taught at... 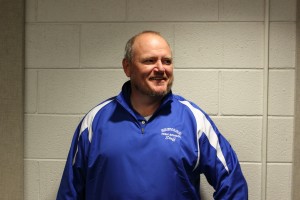 by Aubree Weaver Jim Leatherwood is a very outgoing teacher. Inside and outside of school and at the football... 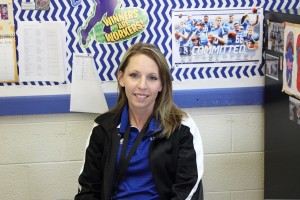 by Khloe Bickford Susanne Pritchett is new to BHS this year. “I always pictured myself doing something in the... 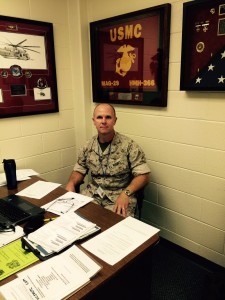 Lt. Col. Megown is proud to be living in Brevard.

Out of all the new staff members at Brevard High School, Lt. Col. Charles Megown has one of the most interesting backstories. A member of the Marine Corps for 22 years, he has been to many corners of the world, from Iran to Haiti.

Megown is a native to North Carolina, growing up in Jacksonville. His mother is a teacher and his father was in the Navy. He lived next to a Marine base where his father worked. Growing up, he wanted to follow in his father’s footsteps because of the way his father seemed to always do the right thing.

Another thing that led him to join was that he enjoyed the media’s depiction of law enforcement and armed forces in movies he watched growing up. During high school, he learned about the United States Naval Academy in Annapolis, Maryland, and did his part in school to get accepted. That was not a small victory, either, since the acceptance rate is only 7.9% as of 2014.

While training in the Navy, he was exposed to the Marines that surrounded him. The Marines are actually a part of the Navy.

After watching and having the exposure to these people, Megown decided to join the Marines instead of the Navy.

In the Marines, Megown did one tour in Afghanistan and five deployments, mostly out at sea.

Megown was involved as an executive officer and a helicopter pilot in a program called Continuing Promise. This program was meant to help poorer countries, especially after natural disasters, like when a hurricane hit Haiti.

“I would fly doctors and engineers that would help out the natives that were badly affected by the hurricane,” Megown said. “I visited five or six other countries, and all of the locals were amazing.”

While in the Marines, Megown said that he did just as much humanitarian work as combat.

“I love it here,” he said. “I love the natural scenery and resources, and how patriotic this town is. Everybody here loves America, just like I do.”

Megown enjoys biking and running in his free time, claiming that it is an excellent way to be alone and think.

“Both my mother and my sister are teachers, and one of my favorite things that I did while working for the Marines was instructing the new recruits,” Megown said. “I just loved teaching.”

Megown recommends students who are thinking about joining the armed forces, try to be as well rounded as possible.

“Be well academically, and a good community member, and you shall succeed,” Megown said. 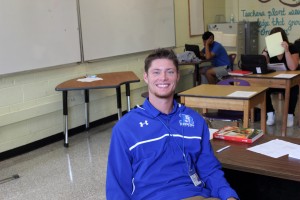 by Lily Harris Coach Kyle Dickey is a Georgia native who recently moved to Brevard to be one of... 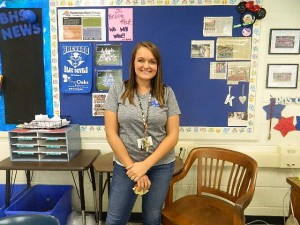 by Lauren Wing Katie Reinhart is a new English teacher and JV and Varsity cheerleading coach. She grew up...
1 2 Next ›
Categories
Latest Posts
Archives