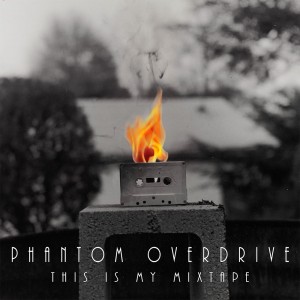 If you’re looking for new, local music to enjoy, then we have the mixtape for you! BHS Junior, Quinn Babb, otherwise known as Phantom OverDrive, just released his second album, This is my Mixtape.

In an interview promoting his new album, he described his style of music as, “dubstep, trap, dance, and a wide varying range of electronic dance music.” Picking a favorite from his new album was challenging, but his current favorite song is “Showdown”.

“It’s a high energy trap song, but it has a pretty funny intro.” To listen to Babb’s current favorite, see below this article.

Babb spent nearly a year and a half on his new album. He started creating songs and demos right after he released his first album, Carnivores. The first music program he used was an app that he bought from the Wii Store when he was around 10 years old. He uploaded his music to YouTube and they started to get a few views.

“Eventually, they started to get the tiniest bit of traction, and that just kept pushing me to keep going, and then, opportunity after opportunity presented me with new equipment and better songs.” To hear the rest of the album, check out This is my Mixtape on Amazon, Google Play, iTunes, and Spotify.