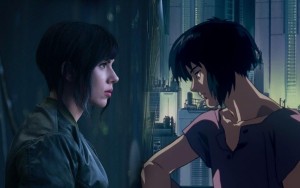 Scarlett Johansson. Matt Damon. John Wayne. What do these actors have in common? These are just a few of many people who have been involved in cases of whitewashing.

What is whitewashing? Whitewashing is when directors cast white actors for roles that are meant for a minority.

It has been around for decades, and one of the first cases is when white actor Rudolph Valentino played a character of Arabian descent in the movie “The Son of the Sheik.”

The practice of whitewashing has also birthed the terms blackface and yellowface. These terms mean that actors wear makeup to look like a certain minority. The reason why these actions are considered so rude is it is a caricature of these people, and it helps reinforce racist perceptions of these peoples’ races.

“I honestly hate it,” said Trina Huynh, freshman. She feels that she as an Asian, she is not represented in the media much, although there are a few popular Asian actors and actresses.

Huynh’s feelings are substantiated by a study by the University of Southern California that analysed more than 30,000 characters in the 700 top-grossing films of 2014. The study found that 73% of the characters were white, 13% were black, 5% were Asian, 5% were Hispanic and 4% were other races.

Some franchises are trying to change these statistics. Marvel, a very popular franchise, has a show called “Marvel’s Agents of Shield” featuring two actresses of color, Chloe Bennet and Ming-Na Wen, who play major characters.

Whitewashing, however, is far from over. Popular actress Scarlett Johansson is playing an anime character in the upcoming movie “Ghost in the Shell” which is a Japanese cartoon adapted into a movie.

Critics of whitewashing were concerned about the upcoming movie “The Great Wall,” which is based in China. The film stirred a lot of controversy for the casting of white actor Matt Damon.

“Our film is not about the construction of the Great Wall. Matt Damon is not playing a role that was originally conceived for a Chinese actor,” director Zhang Yimou said in an article for Indiewire.

Though some franchises are trying to address the issue, Hollywood has a long ways to go to be more representative, as evidenced by the hastag #OscarsSoWhite controversy.