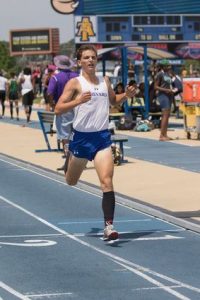 “I placed sixth overall in the 100m hurdles,” Sophomore Ma Richmond ran in the 200m dash as well as the 400m dash. Lefler finished in eleventh in the open 800m. Findlay and Siniard both ran in the 3200m, who crossed the line in seventh and tenth place.

“I was proud for how our team did overall, and how we accomplished so much during the past weeks,” senior Eliza Witherspoon said.

Senior Andrew Robinson said “We placed third overall, even with four boys. It was a great day.”

“Although we lost, it was a great experience,” senior Cam Wilson said.

Good Job to all the State finalists!